Why Is It So Hard to Get Out of Our Heads? 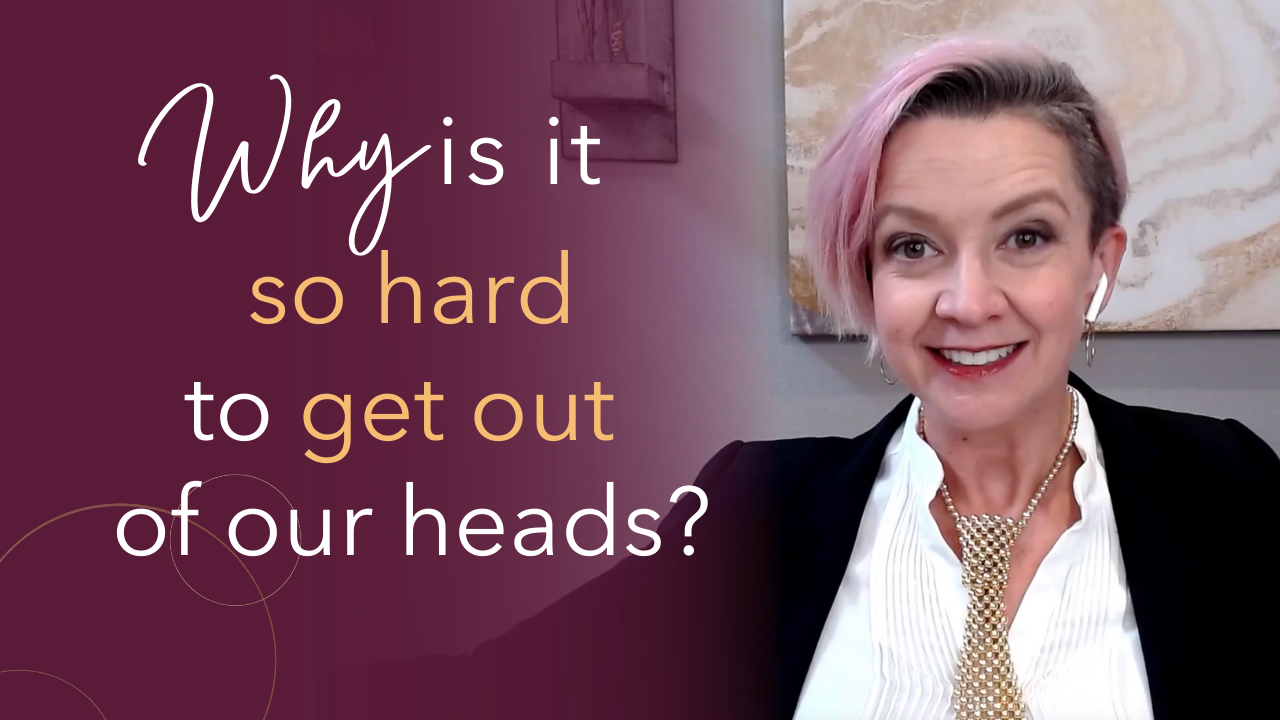 Why Is It So Hard to Get Out of Our Heads?
By Darla LeDoux, Founder of Sourced™ and Author of the books Shift The Field and Retreat and Grow Rich

Why is it so hard for us to get out of our heads?

It is hard to get out of our heads when we don’t have an alternative. Being in your head and thinking about all the possible ways something can go can be crazy-making. We strategize and analyze because we can talk ourselves in complete circles without coming to a real solution when we are in our heads.

I have clients all the time, say, “Oh, I’m so in my head about this” (actually, my clients know how to get out of their head, which I’m going to tell you), but from friends and colleagues or people that I know, I hear it a lot.

I’m so in my head about this.

That is the norm because that’s how we have been trained in our culture. Think about it, figure it out, and have a good reason for why you’re making a decision. We can get caught in this loop. We’re going to stay there unless we have an alternative. We will stay there unless we have another consistent, reliable way of making decisions that will allow us to be out of our heads and be in a receptive mode to something else.

If you’ve been following my channel or you know me, you probably know that “something else” is Source energy.

Source energy – God’s Spirit, the universe, the collective consciousness, collective energy, the divine coming through you for your unique purpose here on Earth.

Source energy – God’s Spirit, the universe, the collective consciousness, collective energy, the divine coming through you for your unique purpose here on Earth. That’s how I think about Source. Source energy is available to us all the time. The issue is we often have defaults that block or deflect, and a lot of times, this pops into our heads. Our logical rationale, trying to figure things out, often conflicts with hearing what we know is coming straight from Source.

You’re probably wondering – how do I hear from Source? I realize that simply telling you what it is isn’t all that helpful. This is why I developed the Sourced Magic Quiz. I created this quiz specifically for transformational entrepreneurs, people who deliver services and transformation with it, to help understand the information they’re receiving. That can help them move their clients along and get them to the truth faster.

It is a good tool for anyone to explore how their intuition or inner-knowing works. In other words, how Source (which wants the greatest and highest good for you) is available to guide you at all times.

Let’s explore how this can work.

I created the sourced Magic quiz specifically for transformational entrepreneurs, people who deliver services and transformation with it, to help understand the information they’re receiving.

This magic is one of my most potent gifts. It’s also one I was oblivious to for such a long time. I didn’t even realize I had it because I had left my body as a survival mechanism when I was younger. My head was my friend. I’m a chemical engineer, and I got a lot of kudos for being smart.

My body was pretty much irrelevant. It was like this thing to take to the gym, and that was about it. Learning my intuition speaks to me through my body, symptoms, twitches, or noticing energy stuck in a certain place was epic. I can even sense when people I’m interacting with are feeling stuck or have stuck energy. And I know that I know that I know. So now, as I make decisions, I can tune in to what my body has to say about it. I have a whole dictionary of signals from my body and what they mean. I was completely cut off from knowing I had that magic for ages.

If you’re a Sensation Magician, and your body knows, you can start to trust that your body will give you everything you need to know to make a decision.

Source (which wants the greatest and highest good for you) is available to guide you at all times.

Alternatively, you can empower and trust your energy or what it is that you’re aware of about another person’s vibration, or the vibration of a situation, or a conversation, etc. When you get out of your head and into the vibration of the matter, you can trust that for a Vibration Magician; the vibration doesn’t lie. Sometimes, logic can confuse you, and you may ignore what you intuitively know vibrationally about something.

For Compassion Magicians, you want to get out of your head and into your heart. You want to look for where the love is. Who’s able to receive this love? If there’s a decision you’re making or a situation you are looking at, ask yourself, where is my heart pulled? You might also think I have so much love and compassion. I am just a love bug. Where is the place where my love is most able to be received? That’s the place I’m going to lean in.

Source energy is available to us all the time.

A Recognition Magician may also see signs, something may happen, and they get a “click” of that is important, that matters. They tend to see trends and be aware of things in the future that many people are not yet aware of.

You’re thinking about the things, but it’s knowing. You know all of these senses are working together so quickly that it’s not a logical thought.

What sometimes happens for Recognition Magicians is they can try to back it up with logic or explain themselves when really, they simply know. If you’re a Recognition Magician, it’s okay to explain, but first anchor the knowing. Please write it down and get clear about what you know to be true. Understand that you’re probably years ahead of where most people are, so don’t expect everybody to get it. Be comfortable deciding according to what’s true for you, even if people don’t get it.

I encourage you to go take the Sourced Magic Quiz, at sourceexperienced.com/quiz to find out what your primary magic is.

The fifth magic is Expansion magic. The Expansion Magician can see what’s possible. They come from the firm belief that the universe is abundant, and Mother Earth has more than enough, and if we operate as if that’s true, things will work themselves out.

The opposite of an Expansion Magician is someone who lives in fear of scarcity, trying to hoard resources, etc. As Expansion Magicians, we get in our head because we’re analyzing how will I survive this? What’s the best path that’s going to give me the most stuff? That might seem like abundance, but it’s scarcity. If you’re in true abundance, you’re not analyzing any of that. You’re saying, what feels expansive here? What feels abundant to me? Where do I sense that the energy can flow in the most abundance? Then move in that direction.

The final one is Expression magic. Expression magic is channeling source energy through you. If you are an Expression Magician, and you find yourself in your head, trying to figure it out, how do you get out of your way and allow truth to come through?

Often, an Expression Magician needs to speak to someone and allow it to flow until it comes through. Then it’s like, oh, that’s the truth. So you might need to have a partner to process with, or obviously, I recommend having a coach so that you can hear when the truth comes through.

Expression Magicians can often express themselves in various ways. So it could be through writing or music or art in some way. Perhaps you create a piece of art that helps you know the answer. When you get out of your head and onto a canvas, or out in nature, or in some way, you allow the energy to flow.

ask yourself, how does my inner knowing work? How does my magic work? How can I lean in more in such a way that my head’s not needing to take over because I’m in total trust of Source working through me?

You might relate to a few of these. I encourage you to go take the Sourced Magic Quiz, at sourceexperienced.com/quiz to find out what your primary magic is. You can also opt-in for training to learn which magic you honed as a child, which one you hid as a child, and why. You can have a lot of fun with this.

If you take anything away from this conversation, don’t say, “I have to get out of my head, I’m in my head so much.” That doesn’t work. That’s shaming yourself and how you’re programmed. Instead, ask yourself, how does my inner knowing work? How does my magic work? How can I lean in more in such a way that my head’s not needing to take over because I’m in total trust of Source working through me? 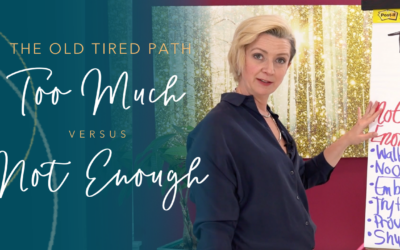 The Old Tired Path: Too Much versus Not Enough

The Old Tired Path Series: Too Much versus Not Enough By Darla LeDoux, Founder of Sourced™ and...

END_OF_DOCUMENT_TOKEN_TO_BE_REPLACED 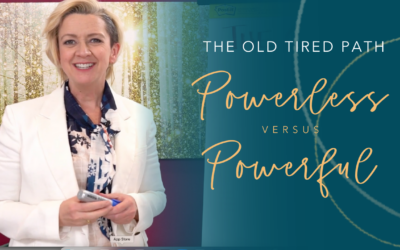 The Old Tired Path Series: Powerless versus Powerful By Darla LeDoux, Founder of Sourced™ and...

END_OF_DOCUMENT_TOKEN_TO_BE_REPLACED 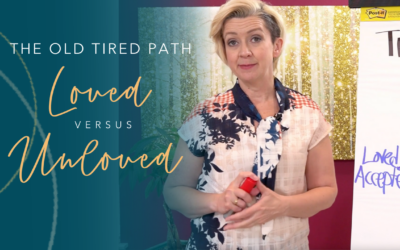 The Old Tired Path Series: Loved versus Unloved By Darla LeDoux, Founder of Sourced™ and Author of...

Trust Your Magic, Reclaim Your Freedom!

Receive exclusive resources, invitations, and experiences, weekly as part of our email community. 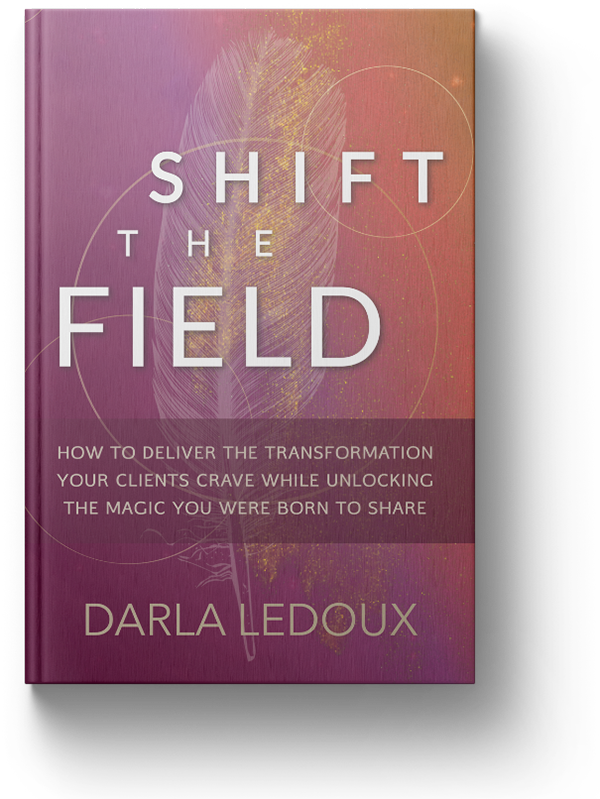